Piedmont Volleyball Club got its start in 2004 as a national travel program, operating out of the Greensboro Sportsplex. Through the years, we’ve been fortunate to have enjoyed much success – both as teams and as individual players who went on to play at the collegiate level. Over the past 15 years, Piedmont has continued to send players to play collegiate volleyball every year, as we have sent over 100 players play in college since our club’s existence which include 33 NCAA Division I programs.

Where We Are Today

In the fall of 2016, Kyle Milborn (Chicago, IL – Club Fusion) took over Piedmont Volleyball Club as Kim Mansfield retired . Kyle Milborn has 20 years experience in volleyball and comes from one the largest volleyball clubs in the country (100+ teams), Club Fusion out of Chicago, IL. During his time at Club Fusion, Kyle trained and helped develop players that went onto to be Collegiate All-Americans, USA Women's National & Junior National Players as well as professional players overseas. He also coached and helped train multiple teams that went onto win several National Tournaments & National Championships. Kyle was also apart of helping lead Club Fusion to be one of the most recruited volleyball clubs in the country for the last 18 years, something he plans to establish within Piedmont Volleyball Club.

Over the past 6 years, 70 Piedmont athletes have committed to play collegiate volleyball, in which 22 of those are NCAA Division I programs and 19 are NCAA Division II programs. While we still have a primary goal of preparing players to play at the next level and giving them national exposure, we are also committed to incorporating those same cutting-edge training techniques to players who simply want to play competitive volleyball through their high school years.

Piedmont Volleyball Club strives to be a nationally competitive club through developing, preparing, and empowering young student-athletes to succeed in their future endeavors.

We were different. We had a formalized system of training. We used the same drills day in and day out. Our drills focused on first ball contact and out of system offense – and players and families embraced our mission. The result was winning championships….immediately!

Over time, we moved from playing in the club division to open, feeling the higher level of competition would better prepare our athletes for college. In 2007, two of our teams won USA National Championships Qualifiers. By 2008, we were playing our 18’s in open events for the entire season and finished second in the Atlanta Qualifier, earning us a bid to the nationals.

Piedmont Volleyball Club remained fairly small for many years, with travel teams playing zonal and national tournaments. However, in 2014, the club saw an opportunity to expand its programs when another club operating out of the Sportsplex folded. We decided to apply our Master Coaching philosophy and training approach to creating a program to support teams at all age groups and levels. We grew from five teams in 2014 to 17 teams in 2015!

In 2016, we decided to make teaching the sport to a younger group of prospective players a priority. We added a developmental program, PVA, for kids who wanted to learn volleyball with proper technique and work on fundamental skills prior to playing one day on a competitive team. As well, we began a satellite program in the Winston-Salem area to provide a club program fielding teams at multiple levels in this part of the Triad. 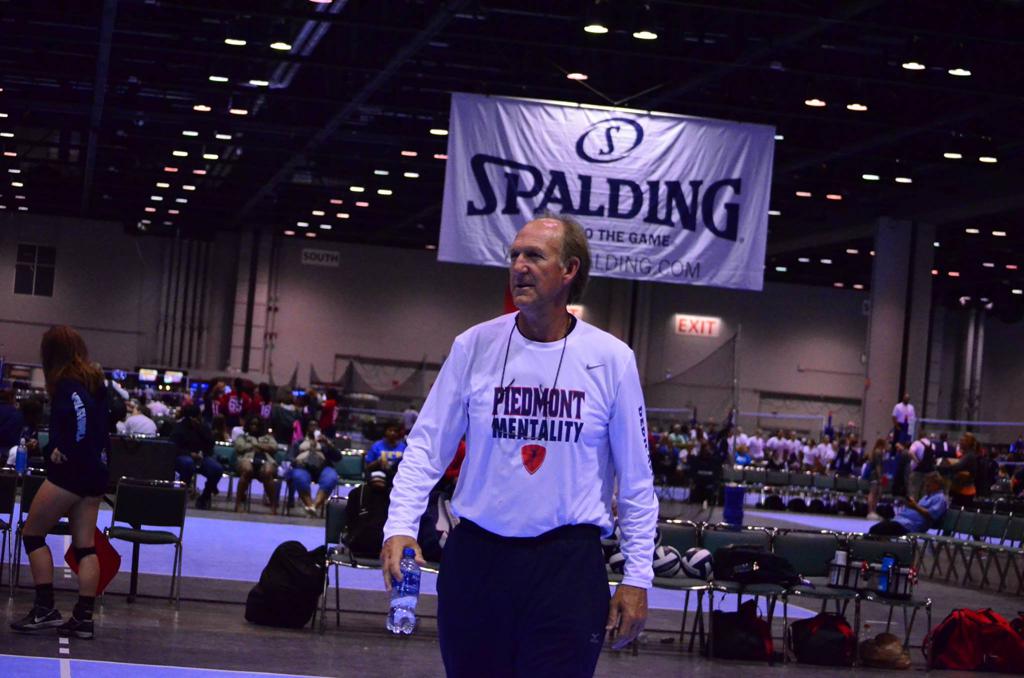 Piedmont's former owner and founder, Kim Mansfield began Piedmont VBC in the early 2000s. Kim was coaching older teams with the original Piedmont Volleyball Club at the Greensboro Sportsplex.  At the time, the club primarily played regional tournaments, with teams winning a bid at the Carolina Region Qualifier going on to play in the Club Division at the USAV National Championships.

At the time, there were very few clubs in the Carolinas emphasizing overnight, travel volleyball. Volleyball in the Carolinas was regional-based with daily events throughout the state. Our state’s reputation was not that strong.

In 2004, Mansfield and a couple of other club directors talked about uniting the top players in the area to begin playing multi-day events throughout the Mid-Atlantic States.  As this became a reality and took off, the new version of the club developed a winning formula that produced a #1 ranking for our 16’s team within the Mid-Atlantic States.